You are here: Home / ActionScript 2

END_OF_DOCUMENT_TOKEN_TO_BE_REPLACED 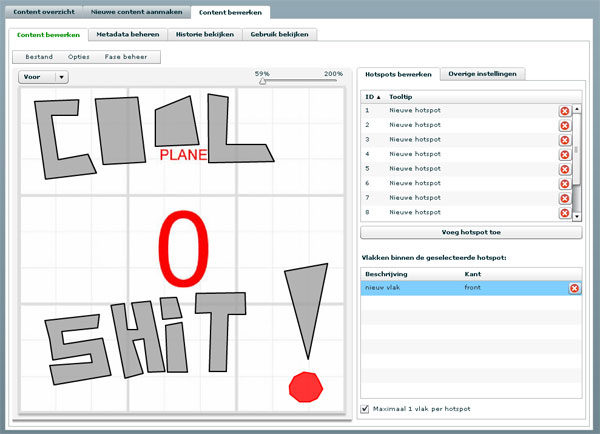 END_OF_DOCUMENT_TOKEN_TO_BE_REPLACED

In order to do so, we need to project the vector at the plane it is pointing at. This results in a coordinate that lies within the plane. The coordinate comes from a set of coordinates that all lie within that plane, and this set can be mapped to a range representing the texture coordinates (or hotspot coordinates as we will see later). Although this might sound complicated, it is not so bad as it sounds.

END_OF_DOCUMENT_TOKEN_TO_BE_REPLACED

There is an issue with distributing source code for your demo’s. Besides demonstrating what you want to demonstrate, you give people a look at how you program. But the focus is not how I program, it’s demonstrating the concepts of creating interactive panorama’s with hotspots that light up. This means I have to find some middle ground in which the code is kept to the bare minimum without hardly any framework classes or complex program structures, while keeping the example readable and extensible.

Therefore I decided to open this post with a little information on application structures. Probably one of the hardest parts of programming is rising to/with the correct level of complexity. You want to be prepared for anything, but not over complicate things (KISS).

So what do you choose for your application structure? You can choose one of the many frameworks, or you can roll with your own. And after that, do you apply that framework to any application you write?

Personally I love to use a setup which allows me to refactor fast, so I can keep the application as simple as possible and then go more complex when needed. This might not always be preferable when working with larger teams, but for these tutorials, for me it is a nice way to work.

END_OF_DOCUMENT_TOKEN_TO_BE_REPLACED

In the previous panorama post I mentioned a number of issues that would have to be fixed. For this demo I used another image from http://www.flickr.com/photos/heiwa4126/, who has a set of amazing images, so it’s really worth to go there and take a look (the other images in the flickr equirectangular group are very good as well btw).

So in no particular order, what did we add/fix in this version?

Clipping
The clipping issue was described in the previous post.

Seams
The seams were a surprise to me. I thought the render process caused the seams, and that I would have to fix it by making the planes slightly overlap however, that didn’t fix it, it only made things worse. Then I discovered that the seams were caused by the bitmapfill repeat parameter which was set to true, when smoothing was turned on for the planes. If you remember, this setting was switched on to prevent drawing lag when points crossed the diagonal of drawn triangle. Since that will never happen when rendering the inside of a cube with our field of view setting, we can safely turn it off. And poof ! No more seams.

(Fluid) motion
I updated the mouse and key movement and added mass. The slight delay after you press a key is now gone as well. See the render function for more info on this.

Correct rotation
The rotation is correct. In order to implement that, we needed to keep the original points untransformed, and store a transformed copy of those points as well. Using two rotation matrices, one for x and one for the y direction, we can correctly transform these points each render pass (but only if we have moved).

Field of vision
I implemented a somewhat more scientific way of calculating the projection plane distance based on a field of view parameter. Please refer to the sources for more info.

What’s next?
We fixed a number of minor other stuff as well and cleaned the code a bit, so we are slowly getting to where we want to be. In the next version I will refactor the DistortedPlane class into a more specific custom PanoCubeSide class to make the performance even better, although I think that for actionscript 2 it is pretty solid already.

In addition we will look at externalizing the images and the implementation of hotspots in the next version!
Demo and download after the jump!

END_OF_DOCUMENT_TOKEN_TO_BE_REPLACED

https://www.innerdrivestudios.com/home/wp-content/uploads/logo5.png 0 0 Hans Wichman https://www.innerdrivestudios.com/home/wp-content/uploads/logo5.png Hans Wichman2010-05-20 22:46:562020-04-17 10:02:05Part Ib - Intermezzo Improved Quad Clipping
So, after all the posts about rendering image planes we are finally getting to our first panorama implementation. You can test version 0.1 on the left, but be sure to read the ‘Issues’ section for an overview of stuff to fix in the next versions.

END_OF_DOCUMENT_TOKEN_TO_BE_REPLACED

https://www.innerdrivestudios.com/home/wp-content/uploads/logo5.png 0 0 Hans Wichman https://www.innerdrivestudios.com/home/wp-content/uploads/logo5.png Hans Wichman2010-05-17 22:21:262020-04-17 10:02:05Part I - Panorama prototype
One of the things I wanted to try was to automatically reduce the mesh density of a plane based on it’s current size. So instead of determining beforehand that a plane has to have 6 by 6 subdivision, you would simply say something like make sure no subdivision is bigger than 30 x 30 pixels.

Is this usable? Well there are a number of considerations:
END_OF_DOCUMENT_TOKEN_TO_BE_REPLACED